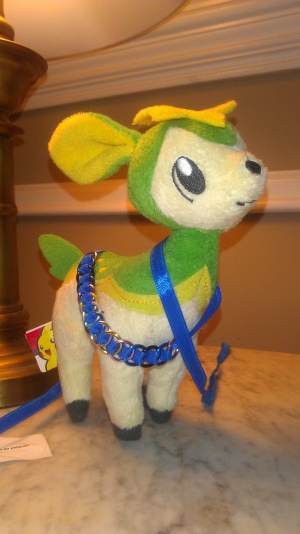 A NaNoWriMo region may have a mascot to represent them and to help create a regional identity. This mascot may appear as a user icon in social media, on the region's website, or on physical items made by the region. A plastic or plush version of the mascot may also be used to identify other Wrimos at events.