Difference between revisions of "Chris Baty" 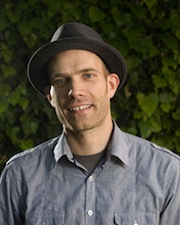 Chris Baty is the founder of National Novel Writing Month and was the first executive director of the Office of Letters and Light. He is the only known person to have won NaNoWriMo every year since its inception[1]. The nature of OLL's events have been heavily influenced by his upbeat sense of humor and optimism in the world of novel-writing.